The Diyanet Center of America (DCA) is an operating name of the Turkish American Community Center (TACC), a non-profit organization (501(c)(3) status) located in Lanham, Maryland. The community center was established in 1993 by a group of Turkish-Americans to provide religious, social and educational services to Turkish immigrants and Muslims living in the United States of America. As an umbrella organization, DCA has 22 local chapters with affiliations across America and works in full coordination with the Religious Affairs of the Republic of Turkey(Diyanet). The imams and female chaplains of the mosque are appointed by Diyanet. DCA has a policy to hire local imams as well. 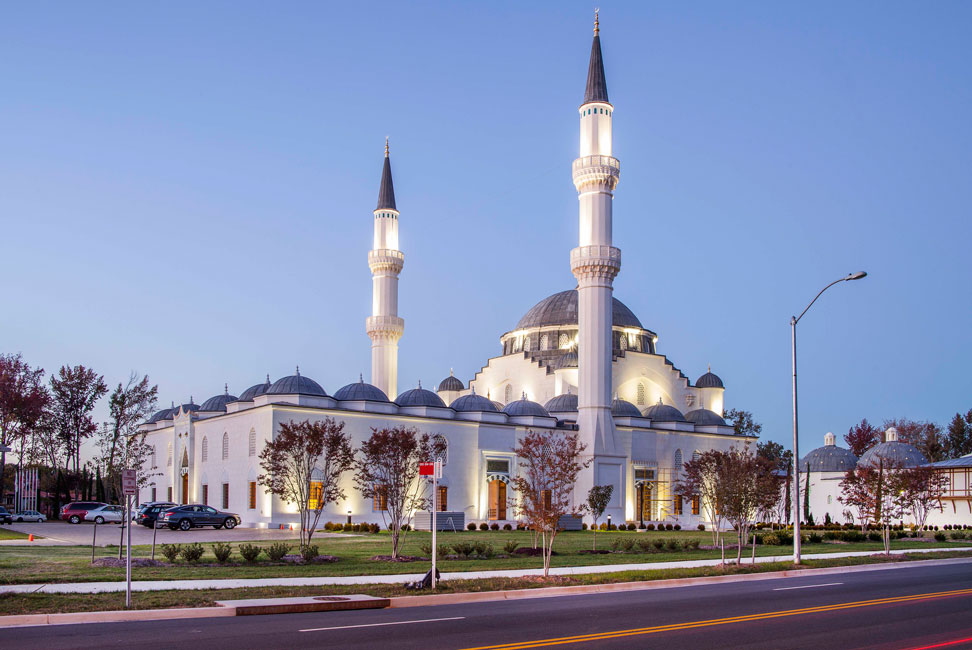 TACC has recently completed a $110 million dollar expansion and development of its Lanham, MD campus. The result is a small village that will be an important cultural hub for all visitors and residents of Washington DC area. Diyanet Center of America will be home to most impressive examples of Islamic architecture in the western hemisphere.

Diyanet Center of America receives its major support from Presidency of Religious Affairs (Diyanet), an institution of the Turkish Government. Diyanet Center of America’s administrative staff and religious workers are selected by Diyanet which is one of the most established and prestigious institutions of Republic of Turkey. Diyanet’s mission is to promote the understanding of Islam in Turkey and the world at large. It also provides religious services to public and makes critical decisions on religious matters through its highly qualified scholars by considering the basic Islamic information sources and sound methodology of Islam, as well as historical experiences and the demands and requirements of modern life. Diyanet has achieved a sustained international reputation and its religious leaders have been listed among most influential Muslims in the world.